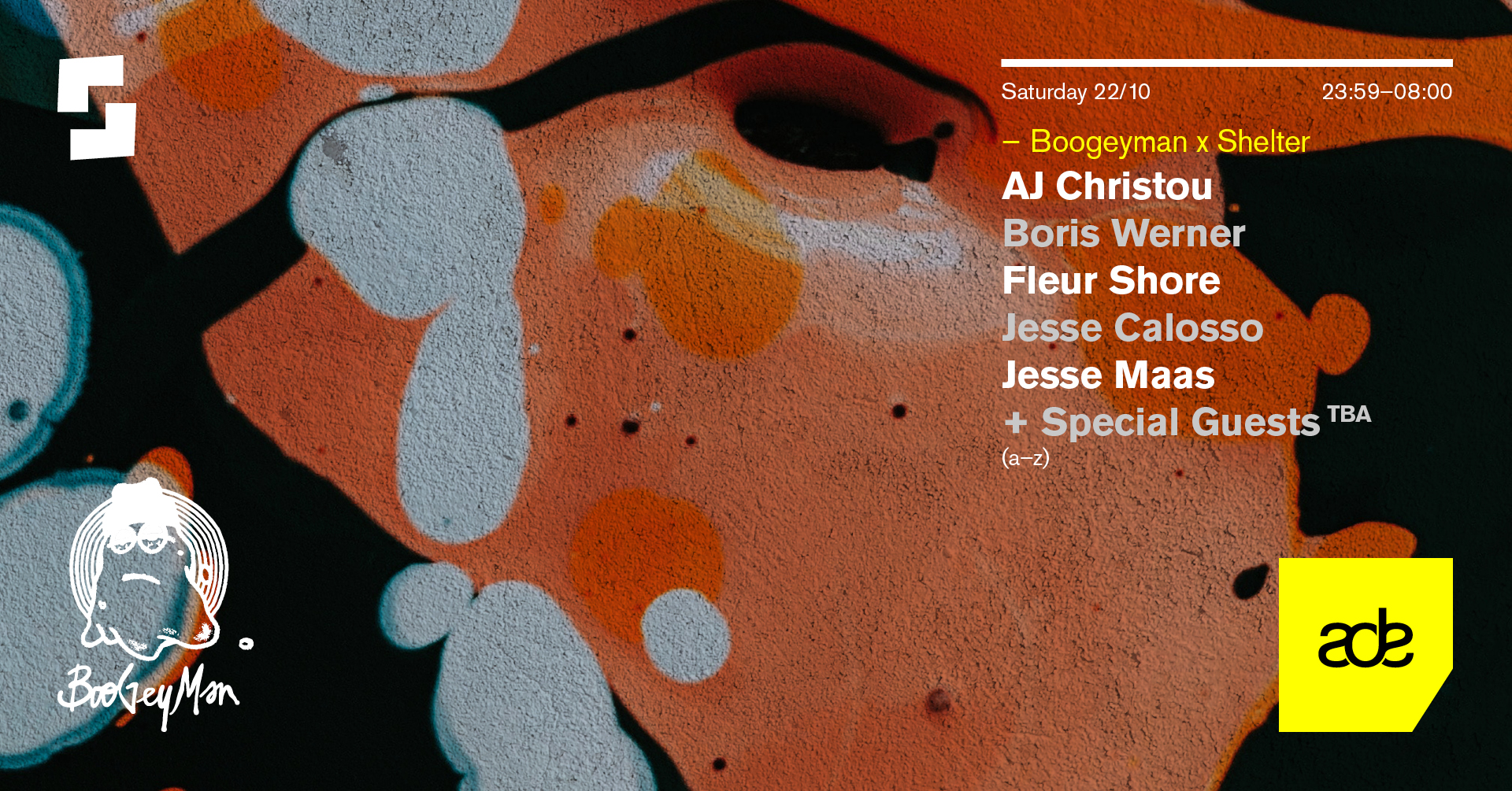 ABOUT THE PARTY
Boogeyman’s last visit to Shelter was so epic that we’ve invited them back for round 2. With Jesse Calosso leading the charge, The Cuttin’ Headz sub label and their characteristically high energy parties, have been making waves. With AJ Christou, Boris Werner, Fleur Shore, Jesse Calosso and Jesse Maas on the bill, with Special Guests still to be announced, this is definitely not one to miss.

ABOUT THE ARTISTS
AJ Christou
AJ Christou has already accomplished what many artists strive to achieve. A master on the decks, skilful producer and successful label owner- AJ has garnered support from many of the biggest names in the industry and rightly so. In 2015 Christou founded Celesta Recordings- a label focused on underground minimal and progressive techno, a label that quickly began accumulating some of the world’s biggest artists including Ricardo Villalobos, Luciano, wAFF and Davide Squillace. And with Loco Dice and The Martinez Brothers fully championing his music, he is set to become one of the main players in tech music.

Jesse Calosso
Jesse Calosso is a Bronx-born DJ and producer part of a tight circle of New York area artists, including The Martinez Brothers and Filsonik, with a longtime friendship and collaborative history. Jesse Calosso spent the early years of his life in the Bronx. The bustling streets would always brim with many musical forms, from hip hop to disco, house to salsa. Endlessly diverse and rich with culture and colour, those early experiences made an indelible mark which means that today, Calosso is stylistically impossible to pin down. He can do Chicago tinged house, driving techno drums and everything in between, all tied together with his love of dangerously infectious basslines.   This diversity of sound and an unrestricted approach in the studio has quickly lead Calosso to the top.

TICKET TYPES
Regular tickets: valid all-night
Doorsale: in case we don’t sell out, there will be doorsale available
Doors open 23:59