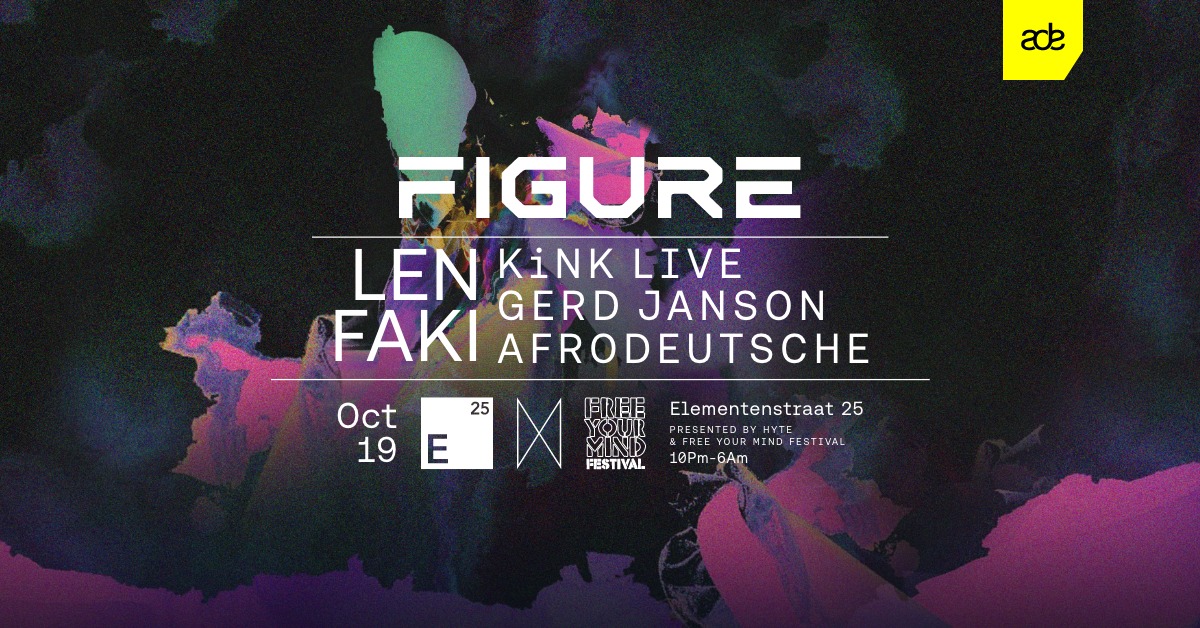 HYTE and Figure are coming to Amsterdam Dance Event ✖️

On the 19th of October, we present Figure @ADE in the legendary Elementenstraat 25 in Amsterdam.

Len Faki invited some of his most appreciated friends and fellow acts to join him for this special occasion.

Len Faki is one of the most outstanding and in-demand artists in techno’s present age. Being a resident at Berlin’s prime techno club Berghain since its opening in 2004.

KiNK is probably the best live-act the techno scene has to offer. He is known for his captivating sets in which he regularly innovatively involves the audience.

Gerd Janson’s synth pop-tinged sets have made him a world-recognized class act. His selection ranges from finest disco cuts to thrilling house tracks.

The Manchester-based producer and DJ Afrodeutsche is rising rapidly and powerfully. Her live sets are meticulous, and her productions cross a wide range of styles including classical solo piano, techno, house, and electro.

Join us for a night filled with the best from house to techno.

Grab your tickets on Resident Advisor.